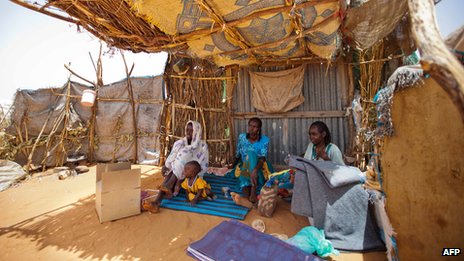 The Darfur conflict has filled 300,000 people and displaced many more

Sudan has ordered the International Committee of the Red Cross (ICRC) to suspend its activities in the country.

The ICRC said it had received a letter from the Sudanese authorities citing “technical issues relating to its humanitarian plans for this year”, but giving no further details.

Sudan has in the past suspended or expelled humanitarian organisations.

The Red Cross supplies food, water, health care, and other forms of aid, mainly in the western region of Darfur.

Last year it helped more than 1.5 million people affected by conflict in Sudan.

The ICRC said it had halted its work in response to the letter but hoped “to resume our activities as soon as possible”.

The UN estimates that more than 300,000 people have died in Darfur since rebels took up arms in 2003.

Although the violence has come down from its peak, clashes between government forces, rebels and Darfur’s rival ethnic groups have continued.

MRC马年群星贺新春 Shooting in Bangkok ahead of poll