By Svea Herbst-Bayliss and Tim McLaughlin 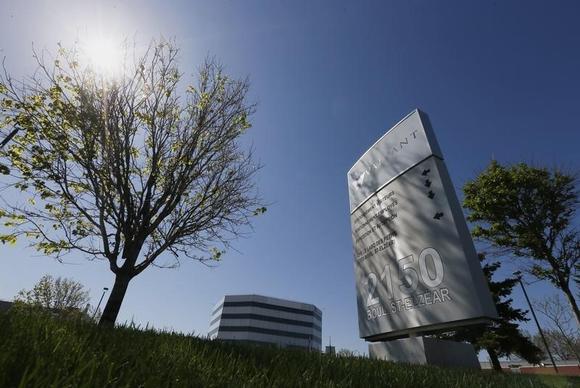 The head offices of Valeant Pharmaceuticals International Inc. are seen in Laval, Quebec May 20, 2014.

BOSTON (Reuters) – Two of Fidelity Investments’ top stockpickers unloaded most of their holdings in Valeant Pharmaceuticals Inc after the drugmaker in April unveiled its bid for Botox maker Allergan Inc in what is one of 2014′s most contentious takeovers.

William Danoff, who runs the $106 billion Fidelity Contrafund, a staple in U.S. 401(k) plans, slashed his Valeant position by 83 percent to about 462,000 shares during a two-month period that ended June 30, fund disclosures show.

Steven Wymer, who runs the $40 billion Fidelity Growth Company Fund, cut his position in Valeant by 58 percent to about 1.2 million shares in the one-month period that ended June 30, fund disclosures show.

So far, it looks like a good move, with Valeant shares down 17 percent since the end of April. Still, Valeant has been a darling with U.S. fund managers because its stock has surged 723 percent over the past five years amid its growth-via-acquisition strategy.

Valeant did not rank as a top holding for either fund. But the cuts by some of the country’s most successful mutual fund managers reflect concern over Valeant’s prospects, fueled most recently when it cut its earnings outlook for 2014 and 2015.

A spokeswoman for Fidelity declined to comment, citing the privately held company’s policy not to discuss individual holdings.

Danoff’s Contrafund has one of the best long-term track records among U.S. large-cap equity funds, but its year-to-date total return of 2.9 percent is lagging the 5.1 percent advance of the benchmark S&P 500 Index, according to Morningstar Inc data. Wymerâ€™s fund, which is closed to new investors, is also a star in the industry, outperforming 92 percent of peers over the past 15 years, according to Morningstar.

Jeff Tjornehoj, head of Lipper Americas Research, said Wymer “also manages to get near the top without subjecting investors to a wild ride as his fundâ€™s price volatility is only slightly more than the average equity fund.”

Ackman, whose hedge fund Pershing Square Capital Management is Allergan’s biggest investor, is trying to call for a special shareholder meeting to replace Allergan board members with new directors who might be more amenable to Valeant’s bid.