By Emma Thomasson and Sruthi Ramakrishnan 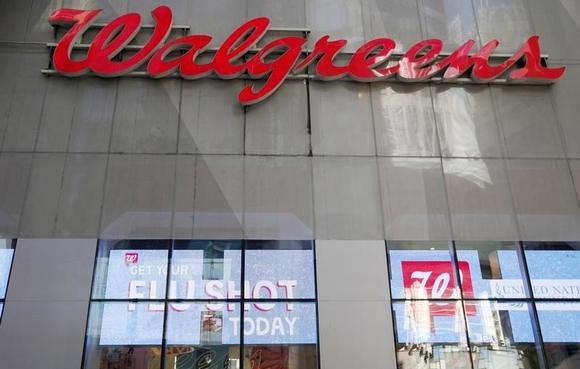 A Walgreens logo is seen outside its store in New York City, September 18, 2013.

(Reuters) – U.S. retailer Walgreen Co (WAG.N) said it would not use a full takeover of Europe’s biggest pharmacy chain, Alliance Boots [ABN.UL], to move its domicile overseas, following fierce criticism of such tax-cutting deals at home.

Walgreen will buy the 55 percent it does not already own of Alliance Boots for 3.13 billion pounds ($5.3 billion) in cash and 144.3 million shares, giving a total deal of about $15 billion.

The U.S. group said the combined company, with more than 11,000 stores in 10 countries, would keep its tax domicile in the United States, with headquarters in the Chicago area. It is targeting combined revenue for 2016 of $126-130 billion.

Walgreen’s retreat is the third major possible tax “inversion” deal to collapse in recent months amid heightened political sensitivity in the United States to such transactions.

President Barack Obama told reporters on Wednesday that his administration plans to move quickly on measures to discourage the use of inversions.

“We don’t want to see this trend grow,” Obama said at a news conference, not specifically mentioning Walgreen, which is based in his home state of Illinois.

“That kind of herd mentality is something we want to avoid, so we want to move quickly, as quickly as possible,” Obama said.

Walgreen had been under pressure from investors to shift its tax domicile to Switzerland or Britain as part of the buyout.

The pharmacy chain said it was mindful of the public reaction to a potential inversion deal and its role as an “iconic American consumer retail company with a major portion of its revenues derived from government-funded reimbursement programs”.

“The company concluded it was not in the best long-term interest of our shareholders to attempt to re-domicile outside the U.S.,” CEO Greg Wasson said in a statement.

He said the company could not find a structure it was sure could withstand extensive scrutiny from U.S. tax authorities.

“Pessina will be integral to solidifying the combined company’s position as the big beast in the global drugstore space,” said Kelly Tackett, U.S. director of research at retail analytics firm Planet Retail.

“We fully expect more acquisitions to follow, with shoring up its presence in Latin America likely to be first on the agenda,” Tackett said.

Following Walgreen’s acquisition of 45 percent of Alliance Boots in 2012, Pessina gained an about 8 percent stake in the U.S. company, making him the largest shareholder.

He is expected to remain the largest shareholder in the combined company after the deal closes in 2015, an Alliance Boots spokeswoman said on Wednesday.

After news leaked on Tuesday that Walgreen would not do an inversion deal, shares in the company fell 4.4 percent in regular trading to close at $69.12. Goldman Sachs and Lazard are advising Walgreen on the transaction.

Doing such a deal ends U.S. taxation of the company’s foreign profits and makes it easier for the company to take other tax-cutting steps.

Senator Richard Durbin, the senior U.S. senator from Walgreen’s home state who is personally close to Obama, had publicly urged the company not to go through with an inversion.

Walgreen announced a new forecast for adjusted earnings per share (EPS) of $4.25-$4.60 for the fiscal year ending August 2016, taking into account lower pharmacy reimbursements and a rapid rise in drug prices.

The company also said it expects to achieve $1 billion in savings by the end of fiscal 2017, including corporate, field and store-level cuts. It said it planned a new $3 billion share repurchase program.

Walgreen expects to close the transaction in the first quarter of 2015, it said.

Alliance Boots has itself come under attack in the UK for schemes to cut its tax bill, with a charity and a labor union accusing the firm last year of avoiding over 1.1 billion pounds ($1.9 billion) in UK tax since 2008.

Alliance Boots responded by saying it conducts its business and organises its tax affairs strictly in compliance with all applicable law and observes the highest standard of good ethics.

Nine inversion deals have been agreed to this year by U.S. companies ranging from banana distributor Chiquita Brands International Inc (CQB.N) to drugmaker AbbVie Inc (ABBV.N), and more are being considered. The transactions are occurring at a record pace since the first inversion three decades ago.

But two large inversions recently collapsed: one involved U.S. drugmaker Pfizer Inc (PFE.N); and the other, U.S. advertising company Omnicom Group Inc (OMC.N). Both had targeted European rivals for acquisition, with a tax domicile move abroad included in their plans, but the deals unraveled.

(Additional reporting by Siddharth Cavale in Bangalore and Roberta Rampton in Washington; Editing by Mark Potter and Ken Wills)